We haven't done much worth writing about, except running and snowboarding but all have lacked photos. So here are some pictures I shot last winter, I hope to get back to taking the camera along more often soon. 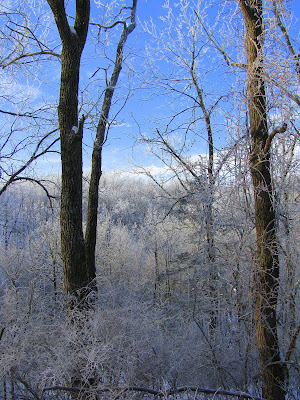 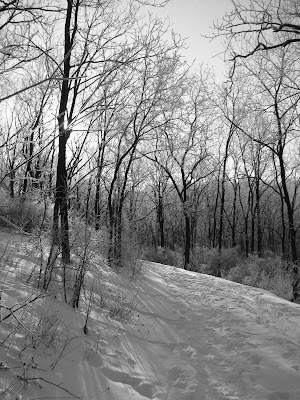 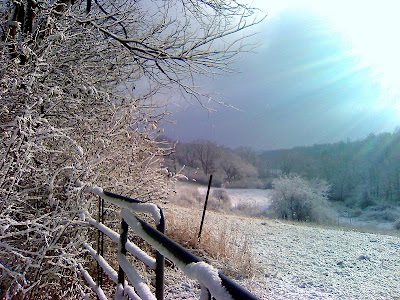 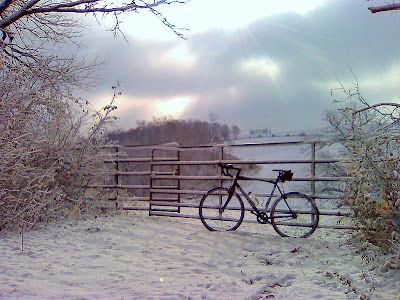 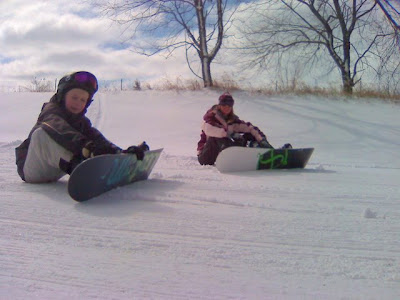 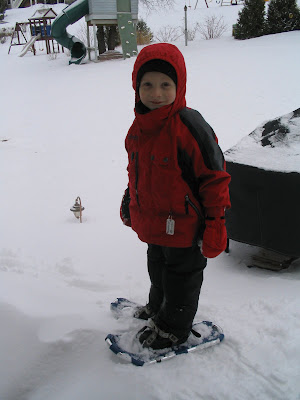 Snowshoeing in the dark coming up at Blue Mounds this weekend and Zack is ready to go. Scroll down a bit past the blank calendar to see all the different parks offering candlelight activities. 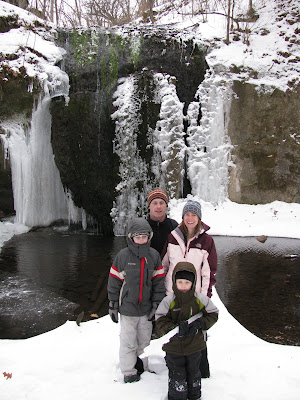 Saturday was a busy day for the boys and I. Jen was off at a practice test in Chicago for her job, boring if you ask me since it doesn't involve real fire or cool tools. With a long work week behind me the first thing I needed was to get some exercise. After three days of just work and sleep I headed out for a run. It was a little slick but a got 4 miles in.

We had some Christmas shopping to do before our afternoon plan of snowboarding could start so off to Madison. After three stores and lunch we were back home to get our gear.

Zack was on and off interested in going but after I convinced him the chairlift was his call we went. With our snowboards in the Baja's bed and everything else inside and we were off. At least for now plans to get a roof rack for the boards are on hold. The Jeep will take 4 or 5 people and gear and the Subaru does 3 easy and 4 in a pinch. I'm concerned the Jeep might not fit in the garage with boards on the roof which would be a drag.

Since Zack is bunny hill only for now I left my board in the car so I could help him. Kevin surprised me by saying he was heading up the chairlift right away. The one thing I forgot was Kevin's cellphone, the coverage is poor but it beats waiting at the chairlift for him.

Zack is learning to stop and make heel edge turns so far. Last year he just went straight downhill and fell to stop. We made a few runs before Kevin showed up to say hi. Zack and I watched Kevin go up the chairlift again and waited to see him come down what it turned out was his second intermediate level run of the day. I had figured it would be all green runs for day one at least. After a final bunny hill pass we headed for the snack bar and called grandma to pick Zack up.

Hot chocolate at the car while we waited for Zack's ride warmed the boys up and gave me time to realize my board should have been waxed. Oh well it is ready now no harm done.
Once Zack headed home with grandma, now I could help Kevin. I was able to talk him into a green run to work on turns as we rode the lift up. I just wanted to help him get pointed more down hill for now rather than side slipping most of the run. He was getting the idea but early season legs limited us to just a couple runs. Next time I hope he can get started trying to turn on his toe edge.

Here the boys are, cell phone video again sorry. Next time I'm taking Zack's Flip Mino. If I get brave I might be able to shoot Kevin from the front. I wasn't ready to do that on the first day this season.


Sunday we sat around doing nothing, I did get a project done for winter running. I own two pairs of Yak Traks but they squeeze my toes too much. Also unless the surface isn't all snow or ice I find they don't grip well. So Sunday night I built my own ice cleat shoes with some #6x3/8 hex head screws. I had seen pictures on Twitter early in the week and figured for a dollar in screws why not. Yesterday I was able to get out for 3 miles of testing and so far I'm happy. On ice and compacted snow they seem to grip well. At first I noticed them on bare pavement but they didn't bother me or affect my stride, the Yak Teaks seem slippery by comparison. The only surface that I didn't notice improvement was thick loose slush where I would slide on push off. I'll edit this later as I get more time on them and as the temps drop again providing more ice to test on.
Posted by Chad at 12:34 PM

So I decided to hit the trail with the Tricross Singlecross before the big storm makes the trail less passable for a while. With the 32c tires it is more of a cut to the bottom than float on the top, I'll switch to the mountain bike for deeper snow. My guess is if the forecast for big snow is right the snowmobiles will be out to pack the trail soon enough. I'm actually looking forward to that happening since right now running is pretty uneven as well due to the crust and holes from walkers when it was warm on the weekend.

Just a few pics from the trail and Blue Mounds State Park. 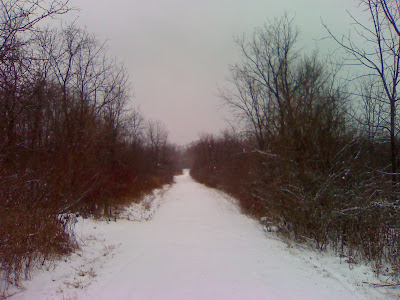 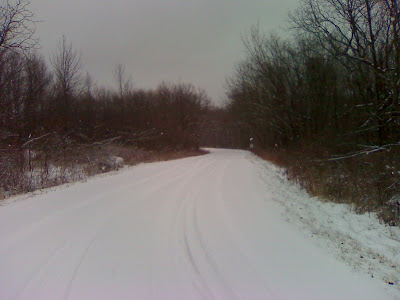 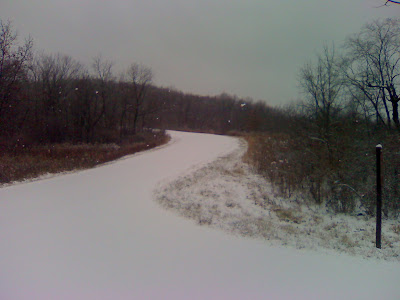 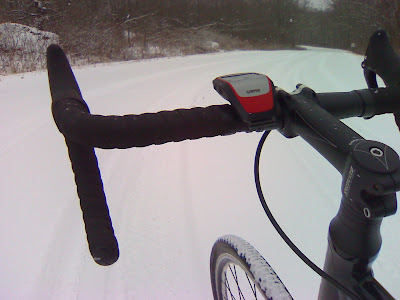 My Garmin 305 is now my favorite training gadget, $150 I think for elevation and heart rate plus easy to upload to online tracking sites.

A short blurry video as I one handed down the trail. Helmet cam needed if I want to do any more.