We headed out this fall to kayak a portion of the Wisconsin River.  I had been hesitant to kayak this river since it is so wide, and portions have dangerous undertows.  Chad finally convinced me to take a chance, and I read about the many and varied sections of this river to try.  There are many sections that have rental canoe and kayak outfitters, and the river in those areas can get busy.  Most outfitters were closed for the season when we went on our kayak trip.  We tried to catch fall color, but missed it by going between two impressive color periods this year.

We left from a launch off of Highway 23 in Spring Green.  This was Zack's first trip in his own kayak, but it went better than I expected.  It helped that the tandem seat in Chad's kayak was filled with his folding bike used for shuttling the Jeep to the pull out location.  Zack's kayak was tethered the whole time, but he still did a great job paddling on his own for a large portion of the trip. 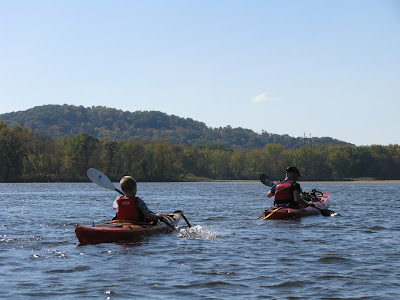 There were many sand bars along the trip, one of which we used for a picnic lunch. 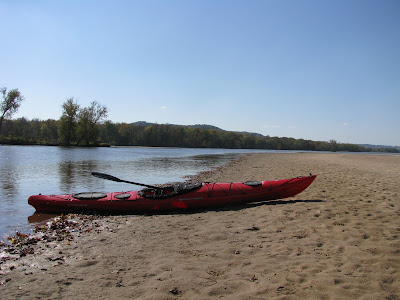 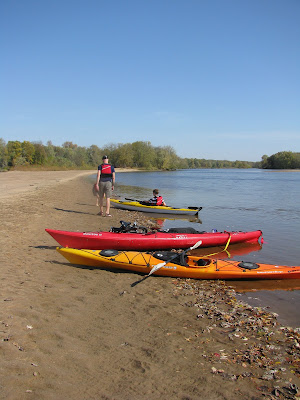 There were many river channels, and I was lucky that my phone had a signal along the route so we could check out the map before we headed down a channel that didn't go through.  Near the end of the route the boys attempted to go through a small channel and got caught up.  I won't begin to explain what happened, but Kevin got dumped in the water and his boat overturned.  The bilge pump was finally used for it's intended purpose.  I heard the stories about what happened, but will never know the truth.  I was already headed down the right channel on the way to the take out when Zack came running across the sand bar to tell me what happened.  Besides being wet, Kevin seemed just fine after the incident. 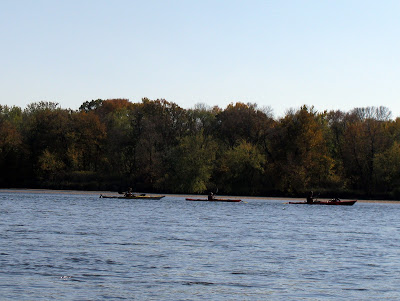 We pulled the kayaks out by Lone Rock, where Chad had previously placed the Jeep.  After loading the kayaks we headed towards home, stopping for some food.  We came across an old fashioned drive-in restaurant, Rumbleseats, in Spring Green.  The food was good, and it was nice to have warm enough weather to still eat outside.  We just had to be careful of the cow.  It looked like a killer. 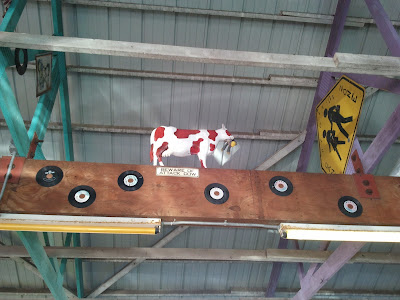 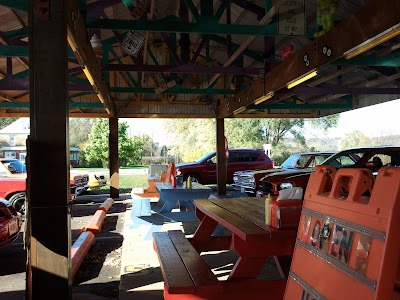 This fall we have had pretty good weather for Wisconsin.  So far we have had one snowstorm, but most was melted by the next day.  We have taken advantage of this nice weather by hiking, kayaking and trail running.

Zack had his first official trail run.  I believe there was also one practice session beforehand as well.  His excitement for the event had highs and lows.  The one thing that got him up and out that day was the medal he would get for finishing.  The run was the Indian Lake Trail Run, and I was supposed to do the 6K run that day as well.  But I was in the first day of a tough cold, and there was no way I was going to make it around the course.  I was able to switch my entry to Chad, and he was happy to run the race.

It was a little chilly that morning, but the kid's race was up first.  Chad used it as a warm up, running with Zack around the course.
The route was about 1K, and it didn't take them too long to make it around.  Zack did well and had fun, which is the most important thing. 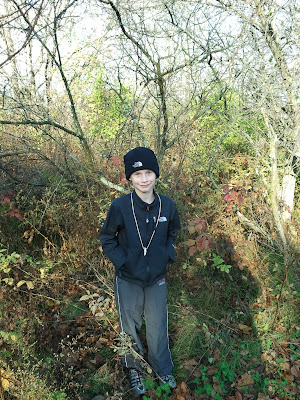 Zack and I hung out in the Jeep waiting for Chad to come back towards the finish of his race.
Chad was ahead of his expected pace and we almost missed him finishing.  We had just enough time to bolt from the Jeep and snap a couple pictures of him finishing.

Chad got a medal just like the one Zack received.  Chad was 12th overall and 4th in his age group.  They were both happy with their race.