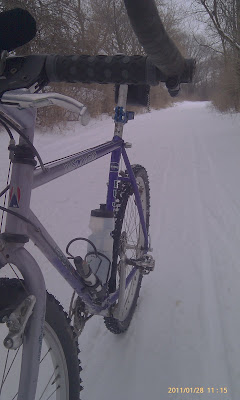 8 miles on the bike trail. Actually I wish it was uphill both ways since it was hard to stay warm when not climbing. I'm not saying it was easy to go downhill, middle chain ring and largest cog.  Oh how I'd like a Pugsley.

The whole family made it to the ski hill today for the first time this season.  The weather was good and we had plenty of time to do whatever we wanted.  Chad's goal was to get Zack to go up the chair lift today.  He started by walking up a longer run from the bottom to get used to the snow and the conditions.  I wasn't sure he was going to go much farther than that so I headed over to Lift B to find Kevin.  Kevin and I did a couple runs and were then surprised to see Chad and Zack walking towards us.

The plan was to go up the lift, but Zack needed to watch us go up first.  Kevin and I waited at the top by the easy run for awhile but didn't see them coming.  When we got to the bottom of the hill they were gone.  Zack had made it to the top of the hill, and Chad said it didn't go too bad.  They made it down the hill after awhile, but it was much better to have a stretch of downhill instead of Zack getting "too tired" from walking up the short bunny hill.  He was tired and done by the time they made it down using a variety of techniques.  Chad held him up, held his hand, held him from behind...all after too many falls gave Zack a sore butt. 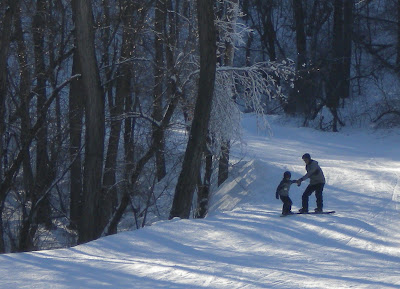 A success, and I hope he was encouraged by the hill he made it down.  On the way home he said he wouldn't go up the lift again, but we'll see...another day maybe. 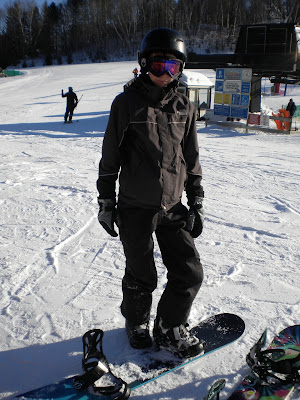 Catching up on the Holidays

Just thought I would post some pictures from the last few weeks.  The holidays have been busy, but we made it through.  The weather has now turned icy cold after most of the snow was eaten by warm temperatures and rain the last couple days.  It doesn't make for good conditions at the ski hill.  We have yet to go down the hill this year, although Zack did some practicing in the backyard and Kevin has a school snowboarding trip coming up this next week.

Here is a video of Zack practicing.


We did make it to the sledding hill.  Here is a picture of Chad and Zack on their first run. 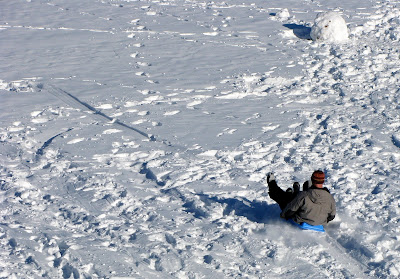 Zack was big into Christmas this year.  He finally got that R2D2 robot that was on his list last year too.  R2 almost took a tumble down our stairs while he was out on patrol but Kevin saved him. 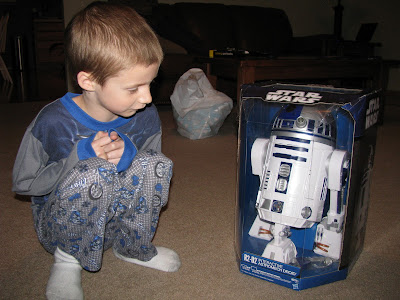 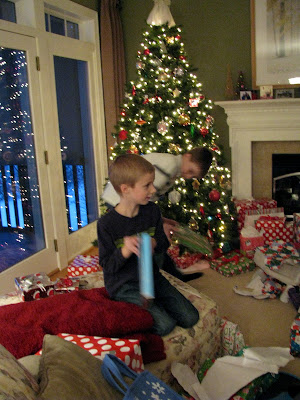 Zack also got a new sled for Christmas and he needed to try it out when we got home that night.  He kept telling Chad "just one more time" and Zack asked him to take pictures until he got one just right. 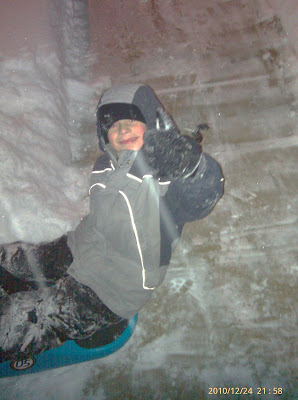 I tried to use our camera to take some shots of the Christmas tree ornaments.  I saw Pioneer Woman's Bokeh Contest and tried to make some of my own shots.  The principal is that the close object is clear but the background lights are blurred so they show as just fuzzy circles of light.  My first attempts did not go well but it looks cool. 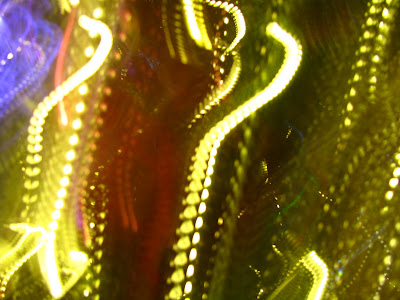 This shot is the closest I had, but I think the problem is that the lights behind the ornament are too close for the adjustments that our point and shoot camera can handle.  Chad is giving me some more pointers so I will practice throughout the year and be ready for when the tree goes up again. 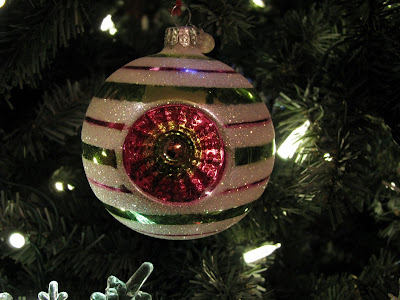